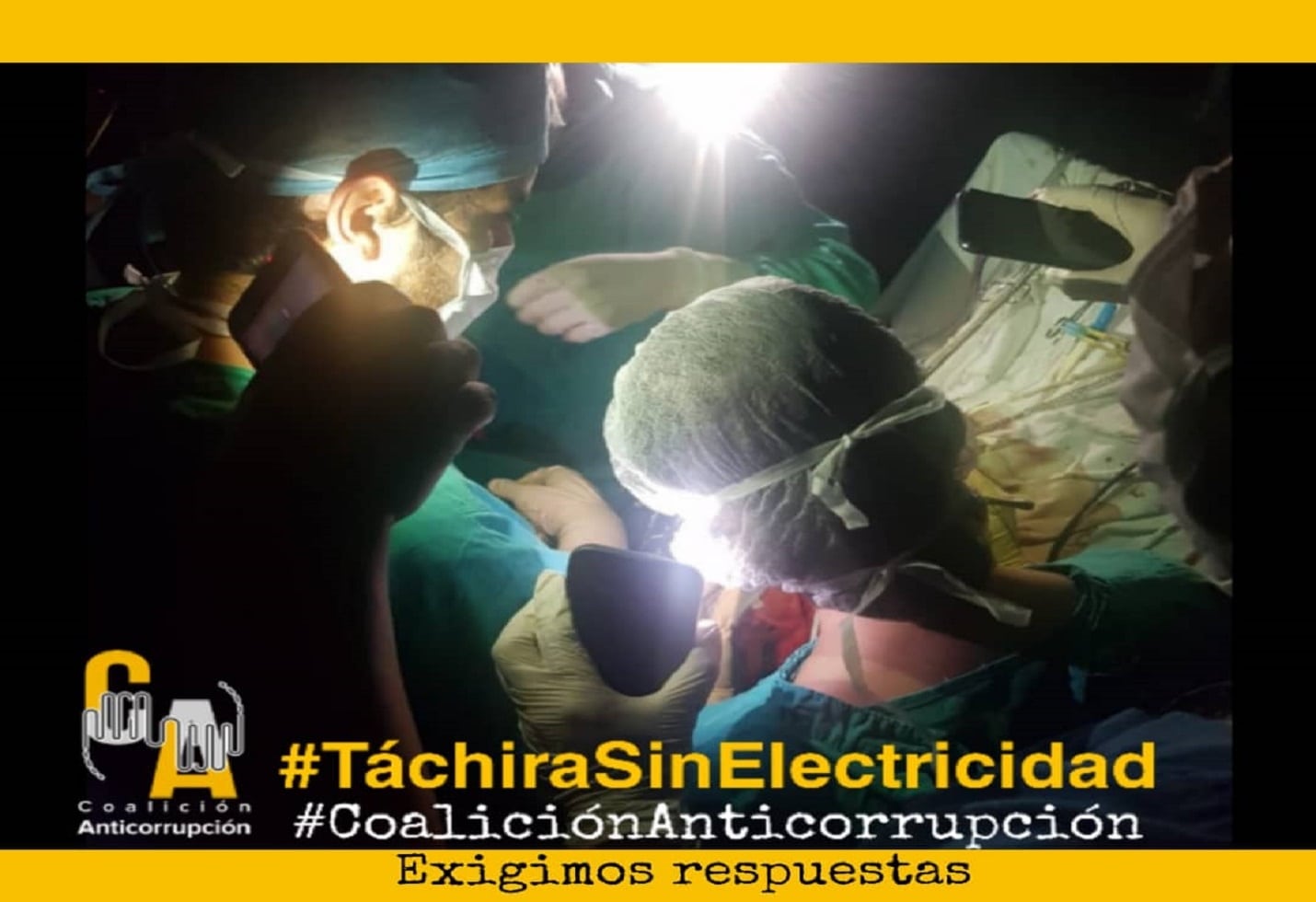 Transparencia Venezuela, may 5, 2020. On April 24, over 60 civil society organizations from the state of Táchira that are part of the Anti-Corruption Coalition started a campaign on social networks and regional digital media to denounce the critical situation affecting the population of the state due to constant and extended power outages. The initiative includes the dissemination of an open letter to the Minister of Electric Energy, the Corpoelec board, and the Ombudsman’s Office in which they demand solutions to this problem that hits the most vulnerable sectors of the Andean state, particularly in times of quarantine against the spread of COVID-19.

Beatriz Salas, regional promoter of the Coalition, explained that the organizations spread the messages through their accounts on social networks such as Twitter and Instagram for two hours each day, accompanied by the tags # TáchiraSinElectricidad (Tachira without electrical power) and # CoaliciónAnticorrupción (Anti-Corruption Coalition), which they hope will go viral and into the trending topics of the day.

“The organizations subscribe to the open letter in the legitimate exercise of their constitutional right to address petitions to the national and regional authorities, and to demand a reliable, timely, truthful, and impartial response under the Principle of Transparency and Accountability enshrined in our Constitution, ”Salas explained.

The document highlights that between 2008 and so far in 2020 more than 200 service cuts have been recorded in the region, ” bringing citizens to the agony of suffering blackouts of up to 18 hours a day” and causing substantial losses to the economy.

“In this situation, the civil society of Táchira demands precise information on the causes of the failures in the national electricity system and who is held accountable. It also demands that cut schedules be released in advance if rationing is to continue. Also, it demands to be informed on the plans to compensate the affected, from citizens whose home appliances breakdown during the blackouts or merchants and entrepreneurs who lose equipment or their production, to those who lost a family member due to an electrical power cut”, added Salas, who invited civil organizations from other states affected by this problem to join this initiative.